So people are up in arms about Coca-Cola's Super Bowl ad? Go figure.

So people are up in arms about Coca-Cola's Super Bowl ad? Go figure.

Coca-Cola needed cover against the lesbian-gay-bisexual-transgendered activists who are blasting them for sponsoring the Sochii games. The agency purposely courted this sort of response, knowing the same crowd Sarah Palin exploits on a weekly basis would jump into the fray. Same shit as the A&E and Duck Dynasty flap.

Boring and artificial, all of it.

What happened to Andrew Breitbart? 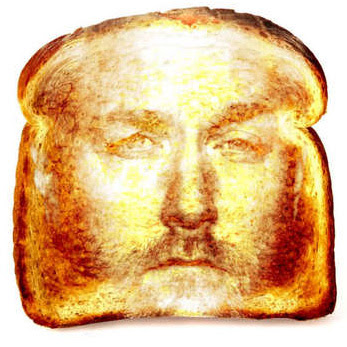 Walking to the subway with my wife this morning, strangely, the first thought in my head was Andrew Breitbart; I had no idea he had passed away just a few hours earlier. Inspired by some recent discussions with friends about the state of popular media today, I was thinking about how tragic Breitbart’s mission to take control of that culture was. Stranger indeed was it to step out of the 1-train ten minutes later with news of his passing flashing on my Blackberry. The following is my attempt to put down on paper what I was thinking just prior to the news.

Not long after the election of President Obama, I saw an energized and optimistic Andrew Breitbart speak at a Manhattan Institute event; he primarily spoke about culture – and his desire to play a role in shifting the media power structures in New York and LA away from the cultural Left. He properly and calmly discussed their vulnerabilities, particularly economic and foreign policy issues; how his upcoming efforts wouldn’t focus on social issues; how you could win people over at the margin by creating independent media that was interesting to the political and non-political alike; and by appealing to common sensibilities already prevalent in the culture, but not well represented across current popular media. He knew his goal was daunting, but he sounded focused and ready to give it his best shot. I’ve read the Drudge Report almost daily since 2002, so I’d heard of Breitbart before, but I left that talk in favor of his efforts and a fan of Andrew himself.

How disappointing then that instead of taking on the incredible challenge of working outside the cultural paradigm, over the past few years he instead adopted it whole-heartedly. The entire BigJournalism / BigHollywood / BigGovernment effort was setup as a reaction to the Left – not an attempt to work from outside their borders. Such efforts never change cultures – because they are so fully entrenched and invested in it. For Breitbart, it was no longer about changing reasonable peoples’ minds. BigX’s very success now depended upon ginning up a reaction from the Left – by creating a reaction and re-reaction – the miserable spiral that generates plenty of eyeballs, but rarely does it change hearts and minds.

I remember a miserable segment on the Bill Mahar show in early 2009 where Breitbart launched into an incredible attack on an obviously reprehensible Eric Dyson. But spending so much negative energy on this relatively meaningless celebrity made both of them look ridiculous. The performance was off-putting to anyone on the margin – but it was exciting to the people who live for and profit from the fight itself. The persona of a bombastic attacker soon became his new persona. The title of his one year-old book, “Righteous Indignation: Excuse Me While I Save the World” pretty much speaks for itself. On Twitter, he was obsessed with baiting big-named leftists into flame wars (last week he was excited about luring Alec Baldwin into another meaningless back-and-forth). No one took more delight in generating and retweeting all qualities and quantities of hate spilled at him. Where was the guy who said you don’t win by playing by their rules – you don’t win by indulging them? You win by ignoring them – by going around them – by creating your own rules.

Breitbart gave Bill Maher and his audience exactly what they wanted. He gave him a prize fight – a spectacle. He gave Jon Stewart and his Daily Show audience something they could compartmentalize into “the other” – he gave them the luxury of lumping his persona up with worthy ideas not worth their time or consideration – saving them a lot of time and critical thinking. This is the same reason Sarah Palin is a multi-millionaire today. Her enemies need her as much as she needs them. But Palin is playing by their rules…and once you’re playing by their rules, you might become a household name and wealthy, but it’s nearly impossible to get out…and your legacy is no longer in your own hands. One hundred years from now, who will remember Sarah Palin or BigGovernment.com?

I’ve heard plenty of second-hand stories about the rambunctious life and times of Andrew Breitbart – many of our family friends have spent good quality time with him. To our friends, he was always an enigma; always talented and always potentially capable of something great and unexpected. I don’t know what happened to him. I think he just gave up. I think he quit. Seduced by the modern culture and its easy rewards for playing by their rules, he stopped hating it and became a key cog in its machinery. Was it the money? He didn’t seem to be the kind of person who’d be so easily bought – and to me, that is the hardest thing to understand – and exactly what I was trying to wrap my head around this morning.
Posted by MPH at 5:40 PM No comments:

What is the Occupy Wall Street General Assembly?

As explained by Georgia Sagri:

"NYC General Assemblies are an open participatory and horizontally organized process through which we are building the capacity to constitute ourselves in public as autonomous collective forces within and against representative politics, cultural death and the crisis of our times."

Now here's how you participate as part of the autonomous collective force:

Iowahawk delivers: Take That, Tojo!
Posted by MPH at 1:12 PM No comments:

I continue to read about and hear this notion that if Sarah Palin can "bone up" on her grasp of the issues, she can come back and be a force.

Simple question: Would anyone be saying this if she were a man? Isn't treating her like a parrot misogynistic on some level? 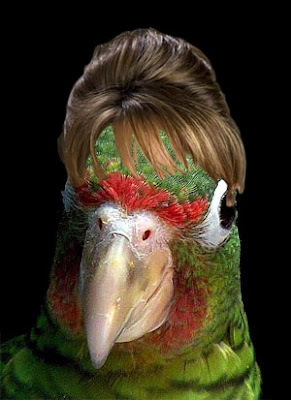 I strongly recommend reading "The Meaning of Sarah Palin" by Yuval Levin.
Posted by MPH at 12:29 PM No comments:

It takes a special kind of naivete to believe subsidizing energy which costs 3x to 6x as much as fossil fuels (depending on who you ask) is going to benefit anyone, except for the politically connected...even so, the fabled shift to a "green energy" economy is a pipe-dream to succor the feel-good set into supporting what is essentially just a big tax hike.

Ten years from now, the percentage of energy produced from wind and solar will be no higher than it is today -- we'll just be paying a lot more for the oil and coal energy we consume.

There does exist a real green and cost effective energy source not many in power seem interested in -- nuclear power, of course.

My home state of Maine has been ahead of the curve lately, passing gay marriage laws and income tax cuts. Perhaps Maine can lead country forward with clean nuclear energy. Let's bring Maine Yankee back online and continue to show the rest of the country how it's done.
Posted by MPH at 10:41 AM No comments:

Heritage Foundation estimates the true cost of stimulus: $3.27 Trillion. I actually think they are underestimating, as many of the programs (and the failures they create) will lead to new programs and greater spending in the future.

There are two types of people in America today:
1- those who remember the Carter years and
2- those who are going to find out.